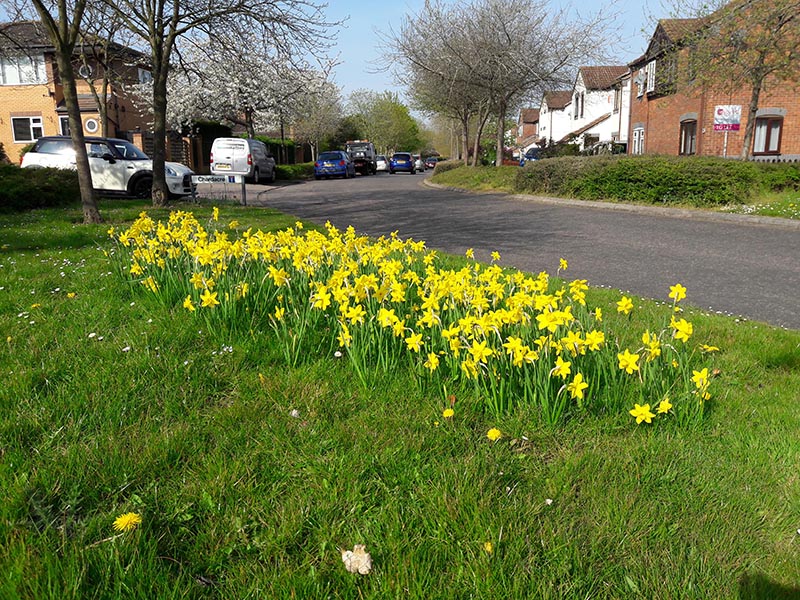 Among the activities affected by the cutbacks in local services has been the environmental management of our public areas. Those difficulties have been exacerbated this year by the onset of Covid 19 which has had massive implications for our public services generally. Throughout this pandemic period, the Two Mile Ash Environmental Group (TMAEG) has sought where it can to continue its activities, recognising the considerable benefits of its gardening and landscaping work to the well-being of the local community.

One of the activities that TMAEG hasn’t been able to continue with concerns indoor gatherings; that has meant that its annual Celebration and AGM, normally held each September, could not take place this year. So instead, the Group has opted for a Virtual Annual Meeting and a written Annual Report, charting how TMAEG has fared during its ninth year to October 1st 2020, the last half of which was affected by the virus. Thus, it has made use of email, the internet, and some physical deliveries to update its many members on the progress being made, as well as to seek their feedback.

This News Item concentrates on two of TMAEG’s inputs to the Virtual Annual Meeting; its core Annual Report on Sites and Events; and a commentary by TMAEG Chairman Stanley Cohen on how the work has been pursued through these adverse times.