During the year much progress was made towards getting this project ready for final implementation, assisted by two important partners:  David Lock Associates (DLA) and Milton Keynes Parks Trust (MKPT).  Its main components and purpose and justification are described in TMAEG’s December 19th statement.

With the generous support of DLA, who helped us with the planning statement, and the all-important plans, we were able to submit our planning application in the spring of 2020 (20th April) ;  this sought permission for the footbridge across the M169 watercourse and the informal paths which are to connect it with other pedestrian routes, thereby completing the Circuit.  Full Planning Permission was granted by Milton Keynes Council (MKC) on June 15th.

As is normal with planning approvals that permission is subject to the discharge of several conditions.  One of these has involved obtaining a separate land drainage consent; importantly that consent was granted by the Bedford Group of Drainage Boards on 14th October.  We still need to secure agreement with MKC on three other detailed matters, most notably regarding several ‘close by’ trees to ensure that any harm to them is minimised.  In this we have been working closely with MKPT and their tree experts.  These crucial stages have taken place in the context of Covid 19 and the inevitable delays that has caused.

In what follows we show some recent images taken around the half mile Bluebell Circuit;  these  supplement those in the December 2019 statement which were also included in the planning application. 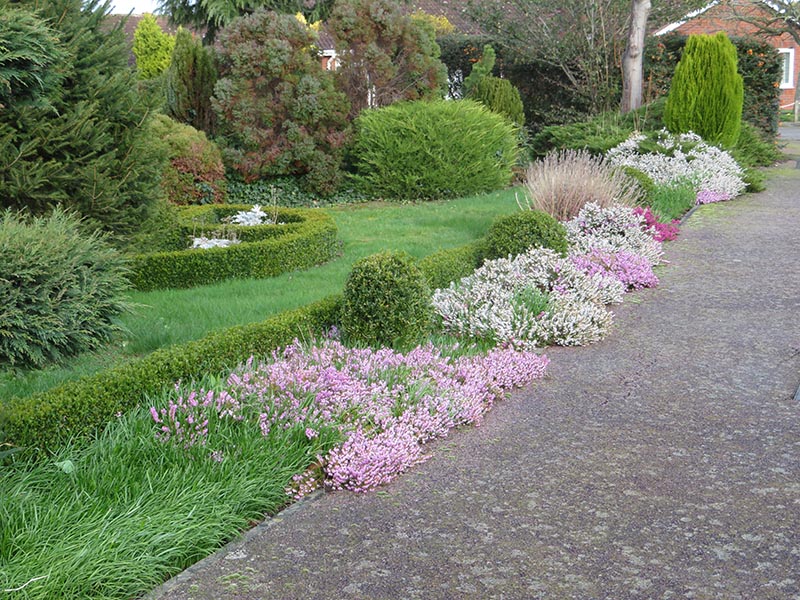 First, a spring view of a lovely garden in Thorncliffe.

Next, two views of the existing woodland route. 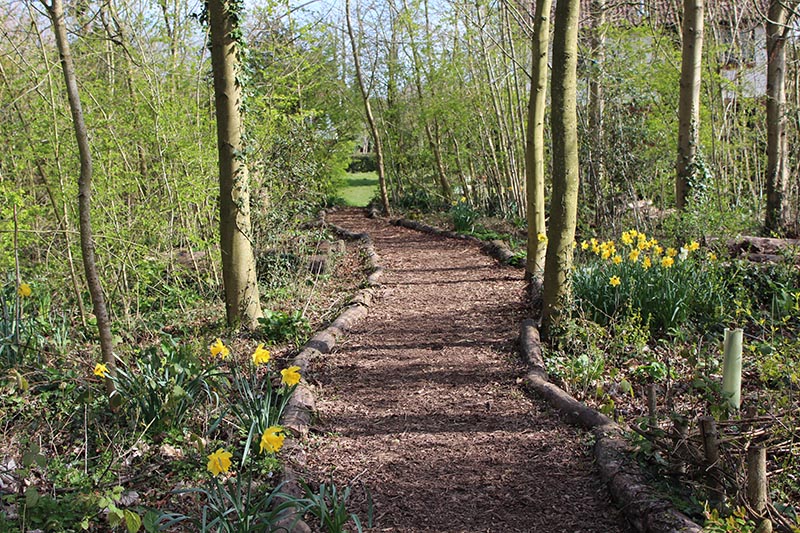 Looking back to the green between Milesmere and Thorncliffe 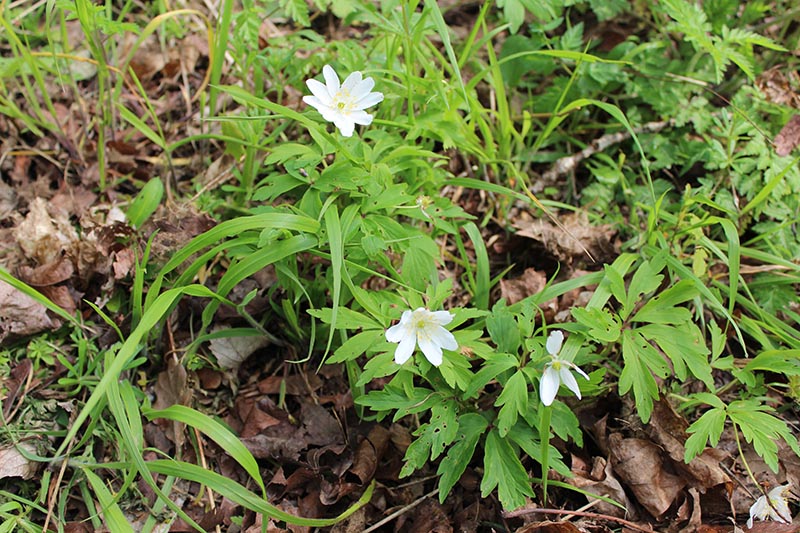 Showing wood anemones in one of the wildflower glades created and maintained by TMAEG volunteers.

At its western end, the Milesmere/Thorncliffe Woodland Path joins the MKPT’s Green Ride.  This corridor is lined by attractive shrubs and trees such as this Wayfaring Tree. 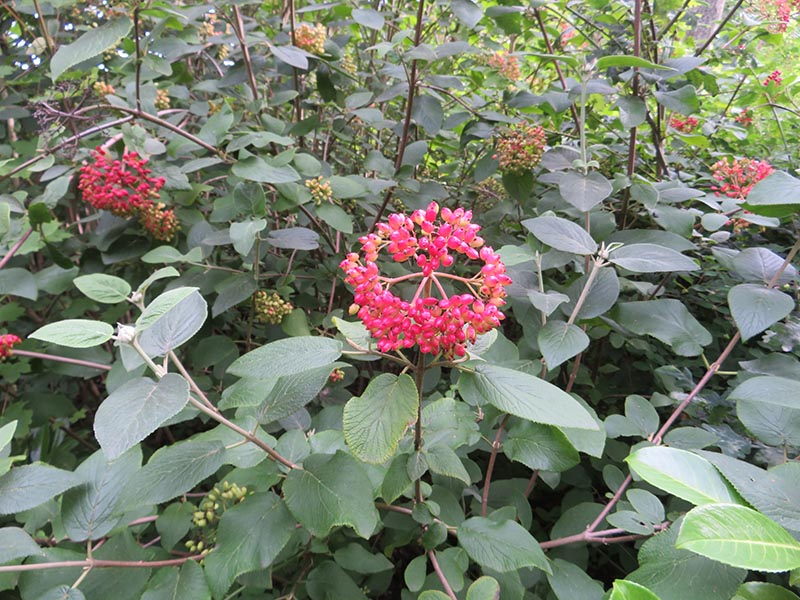 In these next two views,  taken in January 2020, at a time when the stream was in full spate, we see: 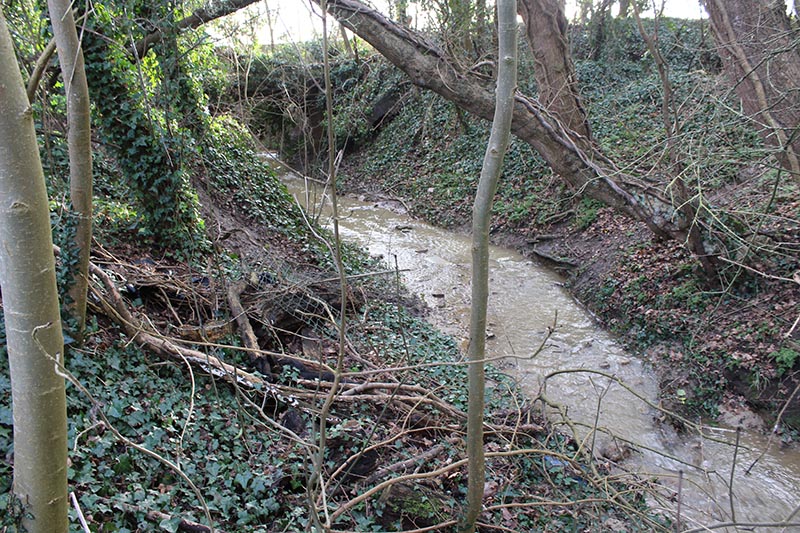 The stream (M169) at the intended bridging point. 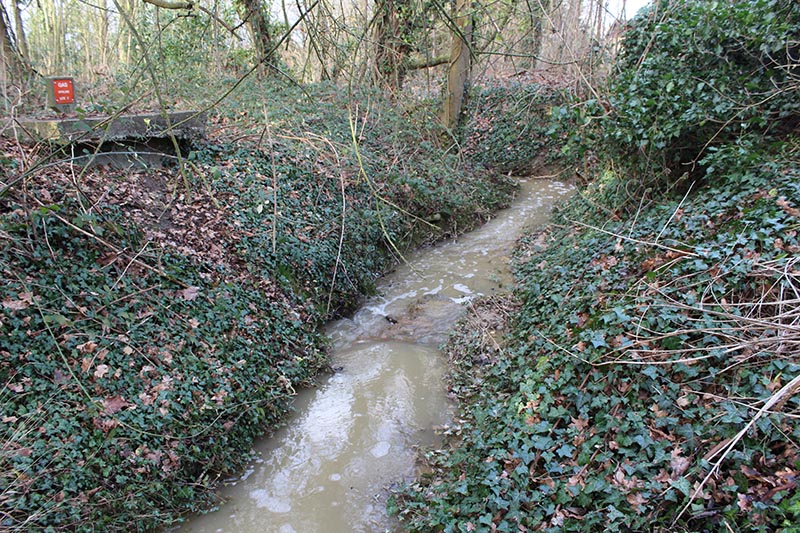 The stream heading due north to enter the main plantation, taken from the position of the bridge.

The Norway Maple plantation is also a bluebell wood.  These views show: 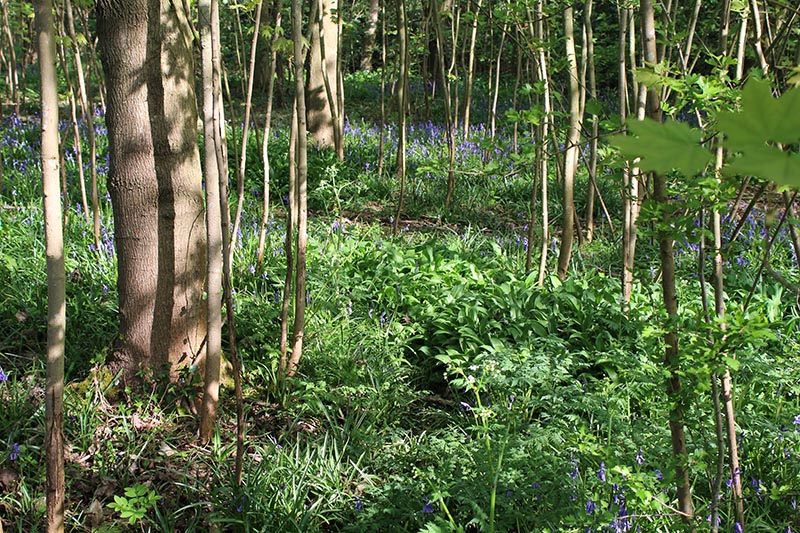 The first bluebells of the season emerging (mid April). 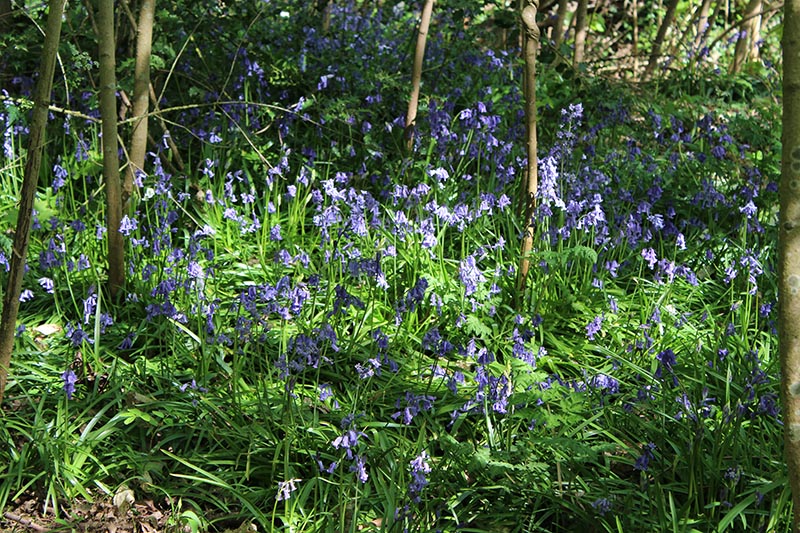 The proposed log path will be routed to gjve visitors good views of the bluebell swathes in their flowering season, without impinging upon them physically.  Resembling the existing Milesmere/Thorncliffe woodland path, it will wend its way through the plantation between the Norway Maples and the other trees. 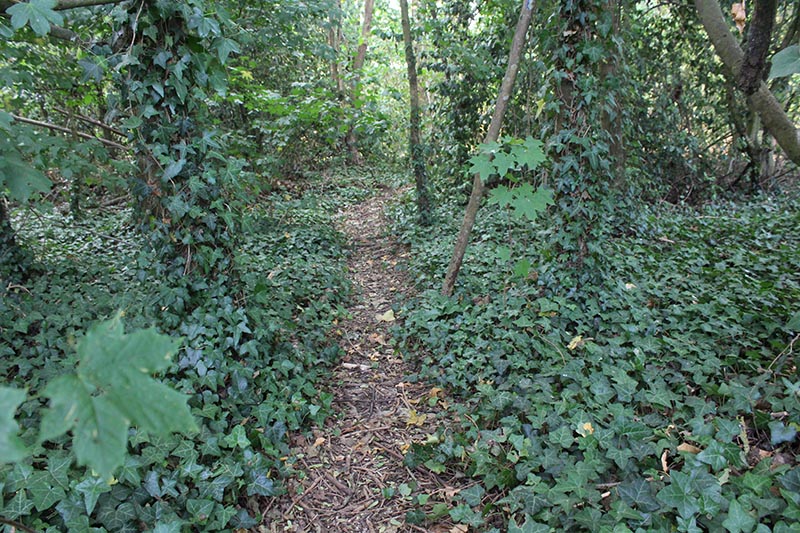 Entering the plantation from the green opposite the High Street/Fairways junction. 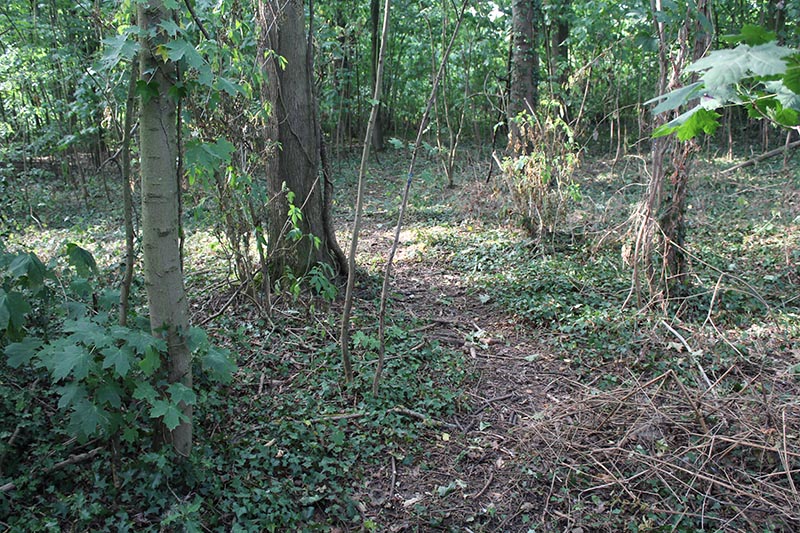 Wending its way through the plantation between the Norway Maples and the other trees.

In our final image, we return to the stream crossing point and show the marking out of the bridge foundations. 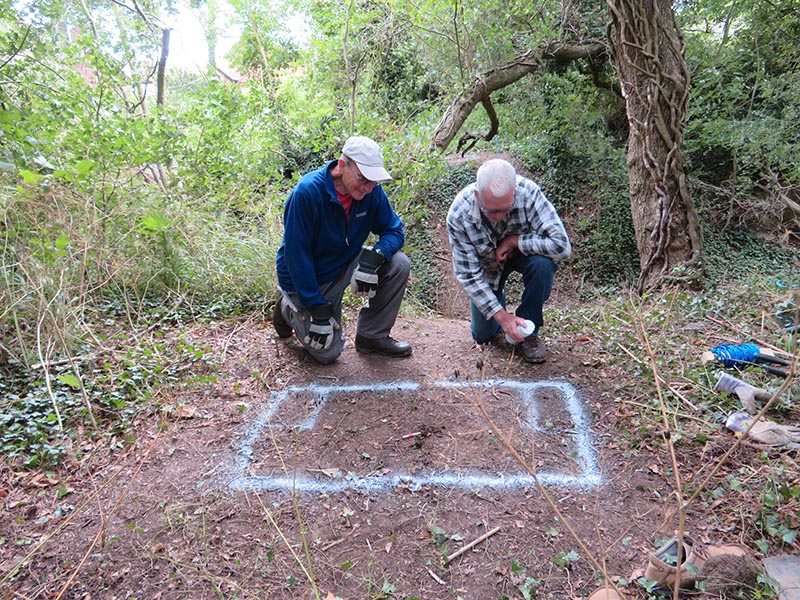 Stan and Brian marking out the foundations for the 11m span footbridge.